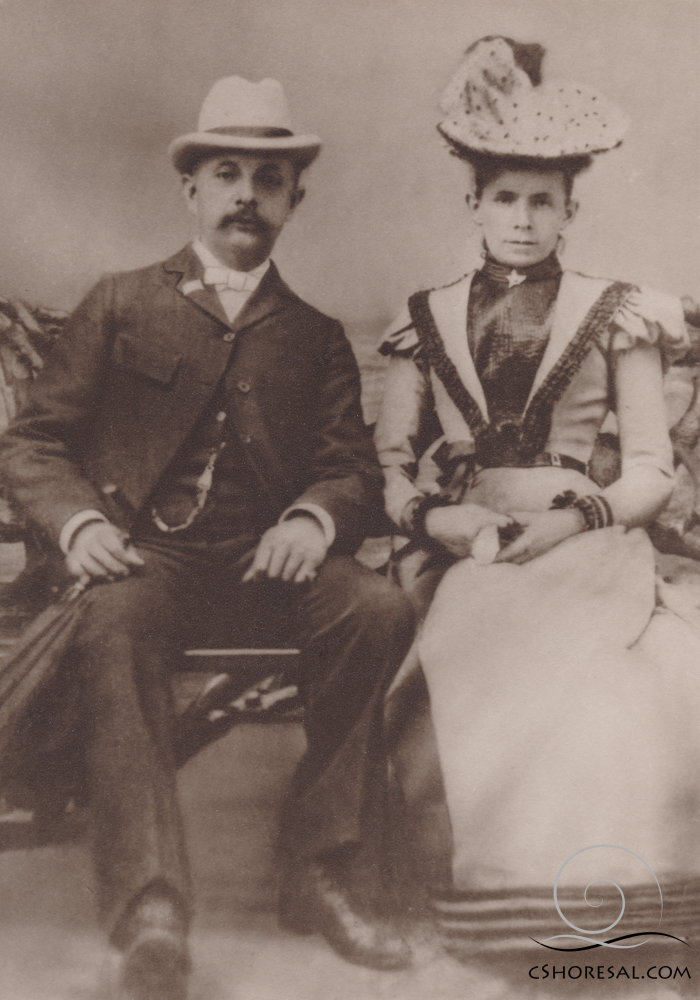 Clear, White, Gloss, Matte
What does it all mean?
Order a sample set

Who is in the photo?

What is your relationship to them?

What is the location and setting?

I don’t know, but Kate lived in winter with her daughter Carrie’s family in the Bronx, NY. I don’t know where they lived while Louis was alive, but it might have been near there.

When was the photo taken?

What makes this image important and interesting, and is there a story you would like to share?

The clothing details are typical of the time. Stylin’, even though they are not wealthy. I’m so glad my dad wrote on the back! How will future generations know these things about our current digital images?

I am so glad my dad wrote on the back!

My father, Donald Rothenhaus, also wrote some autobiographical notes in which he mentions Louis & Kate Rothenhausen:

One of my earliest memories is of standing next to the piano singing while my father played. The song was “Shanty in Old Shantytown” and it was a favorite of my parents because (I think) it reminded them of a cottage which they owned with my father’s sister in a small village where the houses were built on pilings above the tidal waters and marshland of Jamaica Bay… The village was called “the Raunt” and it was centered on the railroad station where a wooden boardwalk about 5′ wide ran east and west about a half mile in each direction above the mud of the marsh… The family story said that my grandfather John Rothenhausen… was a member of a group called the “Big Four Fishing Club” and they built the house in the 1880’s.

My Dad didn’t remember his grandfather Louis, but describes Kate:

She lived in the winter with my Aunt Carrie and Uncle Charles in the Bronx, NY, and in the summer at the Raunt with whomever was there. Since there were only two bedrooms, it was a tight squeeze with the whole family, consisting of (Aunt & Uncle) Carrie and Charles and their 3 children, plus Grandma in one dorm-like bedroom with 3 or 5 beds, and my father, mother, and I in the other smaller bedroom, later joined by my brother Robert.

“I wish I had pictures of “the Raunt” and would love to hear from anyone who knows of the place.”

This site uses Akismet to reduce spam. Learn how your comment data is processed.

Please be sure to respond to the confirmation message sent to the email address you use here! Otherwise, you will not be subscribed and will not receive the newsletter. And we would all be sad. :-(

cShoresal's items are made to order. Most ship within one week, but if you're in a hurry, please call for details. Dismiss